‘Off the Straight & Narrow' 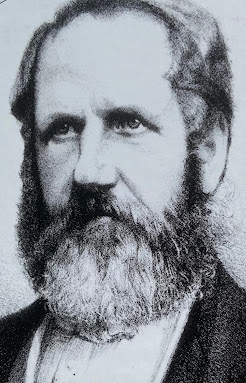 Early Dorset Police files record some colourful instances of constables getting into hot water for ‘wandering from the straight & narrow.’

In February 1857, Constable Charles Guy of Blandford Division was fined ten shillings (50p) for being drunk. As a punishment he was ordered to move to another station at his own expense. Guy refused to do this so as a result was given a punishment of 14 days hard labour and he was dismissed from the force by the Chief Constable, Colonel Cox.

In June 1867, Constable Rolls was fined ten shillings ‘for lying down in the road when escorting a prisoner and allowing him to wander off out of sight.’ Apparently, the constable’s defence was that he was tired and that his offence was a trivial one. This did not impress the Chief Constable.

In July 1857, Constable Hodges spent several hours playing skittles in a public house at Iwerne Minster. While there he had his handcuffs stolen by a fellow drinker whom Hodges then arrested and took before a magistrate. However, the magistrate dismissed the case. Hodges was fined one pound and dismissed from the force.

A Wareham constable lost his temper and kicked his lamp for around half a mile up the Turnpike Road. Unimpressed by this action, the Chief Constable downgraded the constable to a constable class 2 and instructed him to pay for the damage done.

In October 1859, the Chief Constable complained that during the previous month no less than twelve constables had been reported for being under the influence of drink with some being on special duty.

In May 1861, Constable Richard Hann was reported to have been dancing in the Nags Head Club Room during the evening of the 23rd May when he should have been on duty. He denied this before the Bench. Hann was demoted to a police constable class 3 by the Chief Constable and removed from Cerne Abbas to Winterborne Whitchurch at his own expense.

In January 1862, PC Collins was severely censured and dismissed from the force. On Christmas Eve, he took a prisoner in his custody into an Inn at Piddletrenthide and regaled him with alcoholic drink.