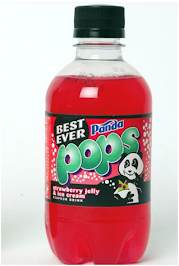 Panda Blue Rasperry Ade, Strawberry Jelly & Ice Cream and Casper Ghostly Limeade were all unique soft drink flavours produced by the Panda Pops brand owned by Badger Beers. Panda Pops were often sold in small bottles of fizzy drink that were as sweet and sticky as it was as possible for them to be. Other popular Panda Pop flavours were Cherry Ade and Bright Green Cola. Even more singular blends could be concocted by mixing two or more flavours in a Panda Pops mixing bowl.

Panda Cola achieved a sort of cult status and there is even a song, ‘Warm Panda Cola’. While among Panda aficionados there was even the spoof blend of Princess Diana Memorial flavour! The Blandford drink competed remarkably well against American giants Coca Cola and Pepsi Cola.

Panda Pops date back to the 1960s when the Blandford brewer dropped the name of Sunparlor for its soft drink brands. Sunparlor had also been the name of a winning race horse owned by a member of the Woodhouse family. Cream soda was undoubtedly the de luxe Sunparlor flavour. A thirsty school kid could buy just a single glass of this top of the Sunparlor range drink from a sweet shop owner for just a couple of old pence (1p). While in West Street, the Alex J Hicks cafeteria would add ice cream to make delicious but sickly sweet American-style ice cream sodas. Neither the youngster nor the shop owner would have been aware of the shovel loads of sugar that went into the product. This was before the Jamie Oliver era of healthier eating and drinking.

Production of Panda Pops ceased in 2011 as criticism of its sugar content, colourings and additives grew. However, many still hanker for the return of Panda Pops. In 2020, readers of the Scottish Sun voted Panda Pops as the top retro drink or snack they wanted to return! 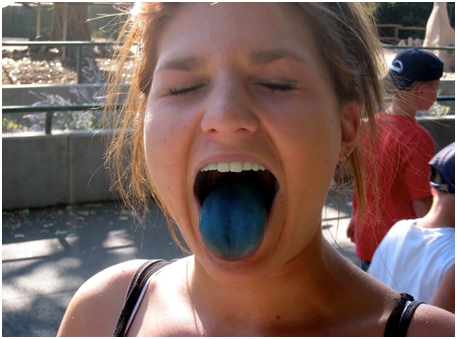