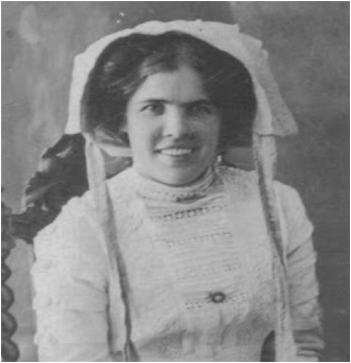 Gussage St Michael is a quiet North Dorset village with a population of few more than a couple of hundred. Yet for several months in 1913, it made headlines across the world as far away as Australia and New Zealand.

William Walter Burton, a rabbit catcher, was found guilty of murdering his lover, 24 year-old Winifred Mitchell and had buried her in a lonely wood. Winifred Mary Mitchell was 5ft 5 ins tall, dark haired and was employed as a cook. She was known as ‘Winnie’ and ‘cookie’. Winnie wore false teeth that had been given to her by a former employer.

‘In the annals of crime, there have been few murders so carefully planned and so ingeniously carried out and it will be remembered that the judge in passing sentence of death intimated that Burton was beyond human forgiveness.’

William Burton walked alone to the scaffold and was hanged at Dorchester Prison on the morning of Tuesday 24th June 1913. He had pleaded not guilty but it took the jury just 19 minutes to come to their decision. Thomas Pierrepoint was the hangman.

Both William and Winnie worked at Gussage St Michael Manor and became friendly or as the Adelaide Advertiser reported ‘too friendly’. Burton was a married man and his wife, Lilian was both a school teacher and post mistress. On Sunday 30th March, Burton had dug a grave and afterwards had taken the girl there and shot her. After his sentence, Burton made a confession of his crime. He claimed that Winifred had threatened to expose their relationship unless he took her to Canada. He had no money to pay the fare so he decided to get rid of her. A plate of Winnie’s false teeth was found by a man and his wife when sheltering from the rain. This led to the grave being discovered. Prior to his arrest, Burton had been seen sitting nearby, where his victim lay, calmly smoking his pipe.

It seems that Winifred had got tired of Burton’s promise to leave his wife so she gave him an ultimatum. He then tried to break the relationship but Winifred would have none of it and had threatened to tell his wife. 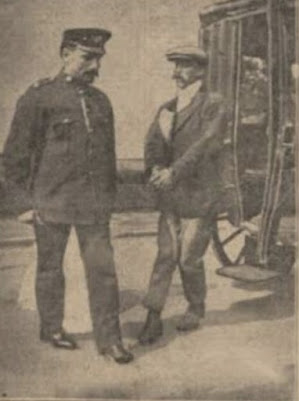