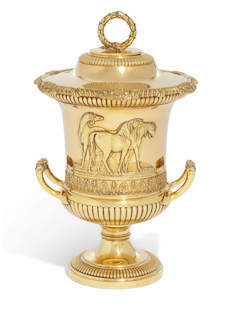 It might not have been Ascot, Epsom or Aintree but Blandford Races was once quite an important event in the county’s social calendar. Blandford Races date back to 1603 and were held on the downs which today would be part of Blandford Camp. Meetings continued until the middle of the 19th century with few breaks in between. The longest interruption was when Oliver Cromwell was Head of State and Government. As Lord Protector he was not amused by such events.

Apart from horse racing, there were other entertainments. These included wrestling matches, cock fighting and dancing. Much feasting took place which was highly lucrative for the town. In 1780, cudgel playing was advertised and resulted in a Shaftebury man losing his left eye. This was then replaced by a sword and dagger contest between the gentlemen of Dorset and Somerset.

One of the race patrons was Lord Palmerston who was later to be Prime Minister. In 1824, he had had a winner, Luzborough in the Dorsetshire Gold Cup. Normally held in July or August, gentry and nobility travelled many miles to attend.

Principal races included the Dorsetshire Gold Cup, the Blandford Member’s Plate and the Langton Stakes. Arguably, 1827 saw the Blandford Race Meeting at its peak. That year, Mr Bankes was Steward of the Course arriving in a party consisting of eleven carriages hauled by 44 horses. With coachmen and footmen in their finest livery it would have been a splendid sight. This bettered the nine different carriages the Earl of Shaftesbury had used in 1802. In 1827, the Duke of Wellington attended the race meeting and the meeting’s ball. This was attended by the families of the rich and famous in the county. As the victor over Napoleon at the Battle of Waterloo, the Duke was greeted with hearty cheers as he rode around the course. That evening he attended a meeting supper which was described as ‘the most splendid and delightful that has ever distinguished Blandford Races.’

Thereafter, matters seemed to go downhill due to mismanagement. There were frequent disagreements as to in which month the meeting should take place. Mistakes included horses taking the wrong direction, races being declared void and a shortage of runners. The final meeting took place at Blandford Racecourse in August 1844. It has also been suggested that the meeting become run by a small, well-off clique who organised meetings to their own benefit.