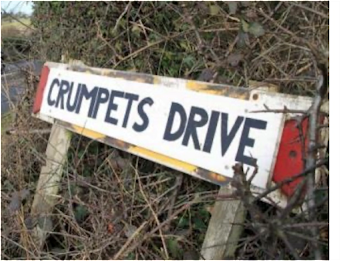 Dorset has some quite quirky, strange and rude place names. Among them are:

Aunt Mary’s Bottom, a valley near Rampisham Hill but who was Aunt Mary?

Belchalwell, near Blandford. Was once the home of television personality Jack Hargreaves.

Droop, a hamlet near Blandford. The name just means an ‘outlying farm.’

Happy Bottom, a hamlet near Corfe Mullen which has its own nature reserve.

Melbury Bubb, near Sherborne. Bubbe was a landowning family and Melbury meant ‘a multi-coloured hill.’

Piddletrenthide & Piddlehinton, near Dorchester and all things to do with the River Piddle. Not forgetting also Tolpuddle, Briantspuddle and Puddletown.

Ryme Intrinsica, near Sherborne which means on the ‘rim of a ridge.'

Scratchy Bottom, near Lulworth and was featured in the 1967 film Far from the Madding Crowd.

Shaggs, a hamlet near East Lulworth. Prince Harry is said to have rented a cottage here.

Shatters Hill is a road in Wareham.

Shitterton, near Bere Regis was named after its drains. It has frequently had its village sign stolen.

Tincleton, near Dorchester. The name comes from the Old English meaning ‘farm in a valley.’

Troy Town, near Dorchester. Named after a long lost maze also known as a Troy Town.

Toller Porcorum, in West Dorset meaning the River Toller ‘of the pigs.’

Winterborne Stickland, near Blandford. Stickland means a ‘steep hill’ while Winterborne is the River or Stream.