There were four German prisoner of war camps in the Blandford area during World War One. These were on Blandford Camp, at the Blandford Milldown, at Crichel and in Iwerne Minster. The last two were small agricultural camps.

Blandford Camp was by far the largest and in March 1917 held nearly 1,400 prisoners. It covered 12 acres together with another 17 acres for recreation. The majority of prisoners were German although there were some Austrians. Reflecting the class structure of the time, officers were accommodated separately from the men and in better conditions. The Camp had around 50 wooden huts including 34 dormitories heated by stoves and lit by electricity.

One way in which internees kept themselves entertained was by what was known as ‘Schiebung’. Life in the camps was lived under strict rules which internees would challenge to break whenever it was safe to do so. The more ingenious the initiative the better it was enjoyed. Alcohol was prohibited but empty bottles would be continually found in deserted corners. However, expressions of kindness by Camp officials were not abused.

Inmates tried to keep themselves sane by sporting, educational and religious activities. There were athletic competitions while football matches would attract over 1,000 prisoner spectators crowding the touchlines.

There was a YMCA, library and a large hut with a stage for entertainment purposes. Post cards were produced of theatrical productions. There was an orchestra, a choir and a school which had been set up by the prisoners themselves. Impressive orchestral and choral concerts were held weekly with printed programmes published.  On 10 February 1918, there was even the first performance of the orchestral piece ‘Prisoner of War in England’ written on Blandford Camp by composer and prisoner of war, Gustav Geschwindner.    Prisoners were engaged in path making, drainage and gardening duties. Nearly 700 were deployed on engineering work at Blandford Camp while another 200 worked on local farms.

Two German soldiers Franke Christopher and Kasten Heinz were to escape in August 1918 but were soon recaptured.  A German prisoner of war was found in possession of a forged £5 at Blandford Camp but it was believed there was ‘little doubt he had acquired the money in good faith believing paper money was safer than silver.’

A gravestone for ‘4 Unknown German soldiers’ can be found at All Saints’ Church, Tarrant Monkton. Whether they were victims of the influenza epidemic is not known.  Prisoners of War, under armed guard, had carried the four coffins from the Camp to the church graveyard.

The arrival of the Royal Flying Corps/Royal Air Force in 1918 resulted in major changes for the German prisoners at Blandford Camp many of which were not to their liking. The Royal Air Force was formed on 1 April 1918 by the amalgamation of the Royal Flying Corps and the Royal Naval Air Service. In September 1918, Blandford ceased to be a parent internment camp and was attached to Dorchester to where many were transferred. Prisoner numbers fell to around 210. By November 1919, the War Office reported that 20,453 German and 129 Austrian prisoners in Britain had been repatriated to their home countries with only around 200 left working in agriculture. 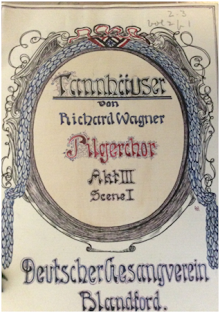