George Vince of the Antarctic 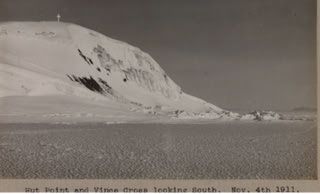 First person to lose his life in Antarctica came from Blandford Forum. George Vince was born in the town in September 1880 and was the son of a local fishmonger. He had joined the Royal Navy in October 1895 as a Boy Second Class.  When serving in Cape Town, South Africa, George Vince was transferred to the British National Antarctic Expedition’s vessel, the Discovery. Led by Captain Robert Falcon Scott, the expedition sought to explore the undiscovered frozen continent of Antarctica. The expedition’s aim was to work in the Ross Sea sector and in February 1902 the vessel entered McMurdo Sound.

George Vince was a member of an excursion party which in March 1902 became caught in a blizzard. They had managed to pitch their tents but were unable to prepare any hot food. As frost bite started to set in, and according to their reckoning they were close to the Discovery, they set off for the ship. Believing they were heading towards the vessel, they were in fact walking towards a cliff edge. Wearing soft fur boots with little grip, Vince found himself on a snow slope. To the horror of his companions he was unable to stop himself sliding down the cliff and ending up in the sea. Others wore leather boots and by digging heals into the snow they were able to recover their footings. Search parties were sent out to look for George Vince the following day but they found nothing. When the weather cleared, the vessel steamed to the place he had fallen. They found the cliff where he was seen to disappear was 80 feet high. It was concluded he had fallen into the sea and drowned.

A wooden cross was erected by the members of the expedition in the memory of George Vince and today it continues to be maintained by the nearby US and New Zealand Antarctic bases. Vince Cross is now a recognised historic monument following representations made by both New Zealand and the United Kingdom.  A commemorative plaque to George Vince was placed in St Peter & Paul Church, Blandford erected by his schoolfellows, friends and shipmates.

George Vince was awarded both the Queen’s South African and King’s Polar Medals and these medals were presented to his father. George Vince senior was an inmate of Blandford Workhouse. In 2012, the medals were reportedly sold, together with supporting documentation, for £5,500. George Vince was unmarried and was described by Captain Scott as popular, obliging and always cheerful.

‘We had now finally and sadly to resign ourselves to the loss of our shipmate, and the thought was grievous to all. From the moment when he joined us at the Cape of Good Hope, Vince had been popular with all; always obliging and always cheerful. I learnt that he had never showed these qualities more markedly than during the short sledge journey which brought him to his untimely end. His pleasant face and ready wit served to dispel the thought of the hardship and difficulty to the end.’ (Captain Robert Falcon Scott.) 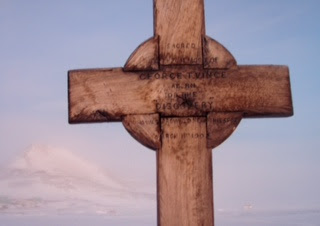