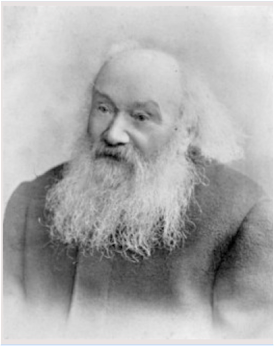 Robert Young is a now almost forgotten poet born in Sturminster Newton in 1811. He wrote in the Dorset dialect about life around his home town in the 1800s. Living until he was 97, he was able to remember back to celebrations when Napoloeon was defeated at the Battle of Waterloo. He wrote with intelligence, kindness and great humour.

He had a character, called Billy Sweet who kept a pet toad called Maria. Liking a drink too much, he would delight in taking his pet to the pub. After a few pints, Billy would take the toad out of his pocket to entertain fellow imbibers. Placing it on a table, he would urge his fellow imbibers to look into the toad’s beautiful eyes. Robert Young was also amused by the local pigs who after devouring the remnants from a cider press would charge drunkenly through the streets of Sturminster Newton. In fact, he was concerned about alcohol abuse in the countryside and was a supporter of the Temperance Movement.

Another of Young’s characters was the argumentative, heavy drinking, farm labourer, Rabin Hill who became completely perplexed by the arrival of the railway. Young wrote the poem, Rabin Hill’s Visit to the Railway.

The speed began to slacken now.

On another occasion, Rab was so drunk he was tricked into eating what he thought was a roasted hare but was in fact his wife’s pet cat!

The Dorset working man in those days was badly paid and his family badly housed, fed, clothed and educated. Robert Young was much concerned by this. He had a strong desire to see an improvement in the social and working conditions of ordinary Dorset folk. He was particularly disturbed on one occasion by the public flogging of a man. In time, he became a prosperous businessman and property owner and one of his tenants was Thomas Hardy. 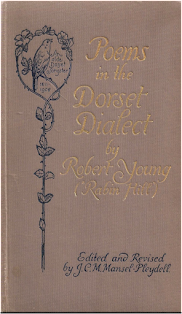