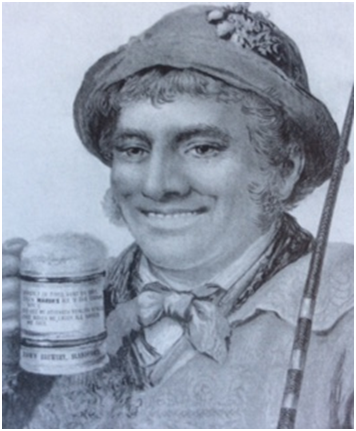 In 1906, Blandford railway station’s signal box was burnt down after being struck by lightning during a great storm. Luckily signalman, Charlie Whiting escaped unharmed and said at the time he had experienced ‘slight shock.’ Reverend Dr Nevill, Bishop of Dunedin & Primate of New Zealand was married in Blandford Church. His lordship was in his 70th year and his new, young wife, Margaret Fynes-Clinton was aged 30 years.  The town celebrated its tercentenary by the pealing of church bells and a grand procession of 35 floats which ‘perambulated’ through the town. The procession featured the Stourpaine Brass Band, the Town Band and the Blandford Mouth Organ Band. Blandfordians were then treated to a free afternoon tea.  A pony and trap careered down Salisbury Street and crashed into a lamp post losing its wheels. Then, the horse galloped across the Market Place at speed smashing into a shop’s glass window. Fortunately, both the horse and driver escaped with just shock and bruises.

In 1907, John Lewis Marsh’s, Blandford Brewery advertised, ‘Drink Marsh’s Pure Malt & Hop Ale and Live for Ever!’ He also claimed that tea drinking was more harmful than malt and hop beers in moderation. Opposite the Marsh Brewery, ironically was the Blandford Temperance Hotel which was run by local businessman, Thomas Hammond. The Dorset & Southern Counties Temperance Association had been formed in Blandford in 1863     Blandford & District Automobile Club was formed.  Veterans from both the Crimean and Indian Wars met in Blandford on the 60th anniversary of the blowing up of Delhi’s Cashmere Gate.

In 1908, a London cab driver applied at Marylebone Police Court for the recovery of three pounds & ten shillings (£3.50p). This was the unpaid balance of a seven pounds ten shillings (£7.50p) fare for conveying a passenger some 220 miles from Bayswater to Blandford and back. The judge was surprised the fare was so expensive.

In 1910, John Iles Barnes was made Mayor of Blandford for the eighth time. This was for successive years between 1903 and 1910. His brother Phillip Abraham Barnes had been Mayor in 1901.   At this time, Bryanston Street was considered a rough area and was nicknamed, ‘blood and guts street.’