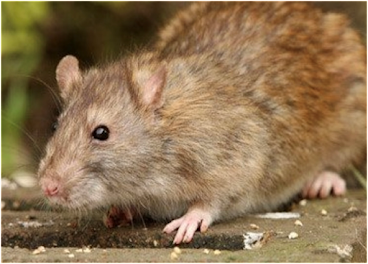 In addition to the threat of German bombing during World War II, Blandford also suffered from an infestation of rats. This infestation resulted in a bizarre incident witnessed by a local businessman and Town Mayor.

Late one night he was counting the multitude of rationing coupons that he had collected that week when he experienced an amazing sight. He was working in his grocer’s shop at the corner of the Market Place and Salisbury Street when he heard a loud swishing noise. He put out his light and lifted the wartime blackout curtain. It was a moonlit night and he could clearly see hundreds of brown rats marching from the river through the Greyhound Yard and up Salisbury Street. Another man witnessed this army of rats and was so shaken he fell off his bicycle.

It appears that at the time large quantities of corn were stored in the Blandford Station Yard and when river levels were low the rats would go to the yard to supplement their diet.

There was much discussion at Blandford Rural District Council about the infestation so much so that consideration was given to employing an Inspector of Rats. This suggestion was given short shift by Mrs Higgins of Tarrant Monkton which caused some laughter among those present:

‘Surely it would be cheaper and more satisfactory to employ cats to destroy the rats rather than inspectors to look at them!’

With acknowledgment to Memories of Old Blandford by Charles K Lavington (1988). 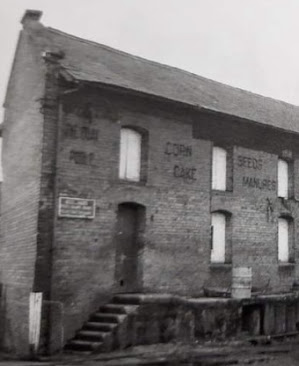