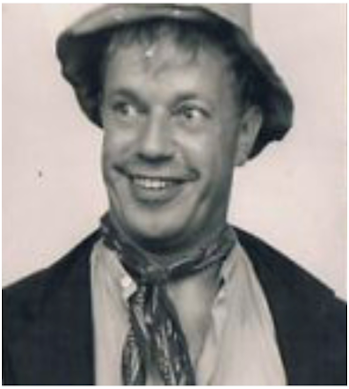 Unlike Glasgow or Liverpool, Dorset is not particularly well-known for producing comedians. Yet the county did produce the one and only Billy Burden.

A theatre critic once wrote of Billy Burden:

‘There is a touch of the Chaplin about this artist…his ability to make an audience laugh at him one moment and in the next bring a lump to the throat. He falls about, acts “goofish”, becomes a fellow to pity, changes to slapstick…and then hushes our laughter by singing a serious song in a rich baritone voice.’

Born in Wimborne in June 1914, comedian and actor, William ‘Billy’ George Burden cornered the market in playing country bumpkins. His yokel character provided him with steady work appearing in pantomimes, summer variety shows and on the radio and television. Billy Burden regularly appeared in such shows as Workers’ Playtime, the Good Old Days, Hi-de-Hi and Are You Being Served? Billy Burden was also a fine pianist.

In a career lasting over 50 years, he regularly performed wearing a farm worker’s smock and a shapeless old hat. With a cheeky grin, he would speak with a rich Dorset burr, which coming from Wimborne, came easily to him. With his dry delivery, Billy Burden would have both young and old in stitches with his perceptive observations about everyday country life. Occasionally, he would leave the stage to make a lightning-quick change and then reappear wearing a sartorially elegant dinner jacket and would then start talking in his best ‘Branksome Park accent.’

Towards the end of his career, Billy Burden became a cult figure in the United States. This was after he played straw-chewing farmer, Maurice Moulterd in the Grace & Favour comedy series which succeeded Are You Being Served?

Billy Burden died in 1994 after suffering a heart attack. 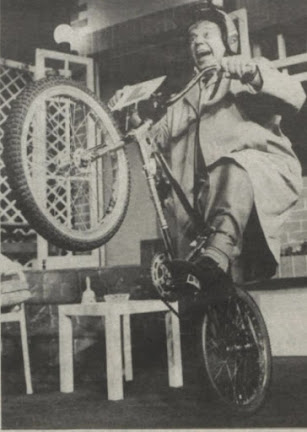