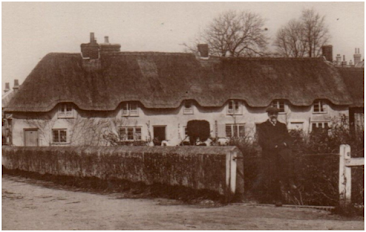 In the 1700s, travelling along Dorset’s roads was a precarious pastime. One day in September 1756, accompanied by his servant, an Oxford clergyman was to discover these perils at a cost.

As he was making his way from Blandford towards Shaftesbury, the Reverend Collins was ordered to halt and ‘stand & deliver’ by two mounted highwaymen. One spoke with a Welsh accent while the other had an olive-skinned Latin look about him. However, the two highwaymen presented a somewhat bizarre sight as one was riding an extremely tired old nag. As they were both holding a blunderbuss gun, the cautious clergyman reflected but then wisely decided to obey. The unfortunate ecclesiastic was then robbed of his horse, cloak and eight guineas. The highwayman, whose transport had been much improved, presented the Reverend Collins with his old nag enabling the unfortunate clergyman to continue on his way.

Emboldened by their success, the two robbers decided to make their way to a public house in Pimperne to celebrate and spend some of their ill-gotten gains. After consuming several pints of ale, their occupations became increasingly obvious from their careless conversations. This was confirmed by the sight of a blunderbuss which was barely and indiscreetly concealed under a coat. Unfortunately for the indiscreet duo, there was also a party of soldiers drinking in the Pimperne pub. The highwaymen were seized by the troopers and escorted to Dorchester Jail.

After being identified by the Reverend Collins in the Dorchester courtroom, they both confessed to the robbery together with the previous theft of two horses in Wales. One of the highwaymen was a carpenter from South Wales while the other was a plasterer who was Italian by birth.

‘They had between them fourteen guineas in money, each a brace of pistols and a blunderbuss; one of which was loaded seemingly for great execution having no less than sixteen bullets in it and powder in proportion.’ (Oxford Journal – Saturday 2 October 1756)

At the time, according to former Pimperne publican Roy Adam, there was a pub in the village called the White Lion. It had a cellar with walls eighteen inches thick and made from a mixture of straw and mud.

With the frequency at the time of such roadside hazards, it is perhaps not surprising that the horse-drawn Salisbury ‘flying stagecoach’ had the following condition of travel.

‘Money, plate, jewels, bank notes or writings the owners of the coach will not be accountable for if lost,’

The Salisbury ‘flying stagecoach’ claimed it could complete its journey to London in less than a day.

(Illustration: is this the Pimperne inn where the two highwaymen were arrested or was the White Lion Inn the site of the now closed but nearby Farquarson Arms?)