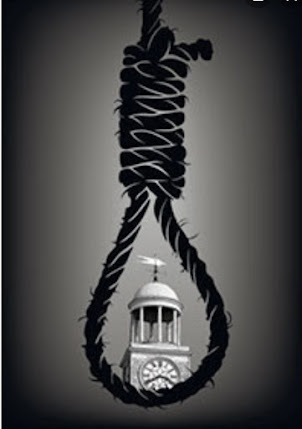 When the Venerable Archdeacon Charles James Hoare was looking for a subject for his sermon in Blandford on the 13th August 1820 his choice was obvious. Everyone was talking about the execution by hanging of the two Blandford brothers, John and Moses Blanchard. They had been found guilty of highway robbery. The day before the delivery of the clergyman’s sermon both had been hung ‘at the new drop’ at Dorchester Jail. This was after their trials at Dorchester Assizes. Using a slang term, the two highwaymen were ‘stabbed by the Bridport Dagger’. The hangman would have used rope made in Bridport which was one the country’s biggest rope making centres.

It is hard to believe but for many years public executions were a popular form of entertainment. Many Dorchester folk turned out to witness the ’Hang Fairs’ held just below the Jail.  By daybreak, the best places would be taken. Time spent waiting for the executions would be spent dancing and drinking. Executions would be delayed pending the arrival of the morning Royal Mail coach from London that might bring a reprieve. Sadly, no reprieve arrived for the two brothers.  They were hung at about a quarter past two on the 12th August 1820 and both were buried in Dorchester Jail Cemetery.

There were in fact three Blanchard brothers who came before Mr Justice Burrough as Charles (23) was also involved. John (22) and Moses (21) were charged with assaulting John Young, Silvester Fudge and James Baker on the highway near Blandford in December 1818 and in January & February the next year..After robbing Fudge, John and Moses Blanchard proceeded to beat him with bludgeons.

Charles Blanchard was charged separately with robbing Silvester Fudge also in February 1819. Charles, John and Moses Blanchard, all Blandford born, were described as unmarried labourers. Both John and Moses were found guilty on one capital indictment and ‘true bills were returned against them by the grand jury on two other charges of highway robbery.’

According to the Salisbury & Wiltshire Journal:

‘The learned judge (Burrough) passed sentence on the first two (John & Moses) in the most solemn manner and held out no hope for them whatsoever.’ After their condemnations it was reported they ‘became thoroughly penitent and acknowledged the justice of their sentence.’

Brother Charles was also convicted but did avoid the death penalty. He was a married man with three children and described as five feet six and a half inches tall with dark brown hair. However, his sentence was hardly light as he was banished ‘forever from his native land.’  He was sentenced to 14 years hard labour and he left Dorchester on the 11th September 1820. He would have walked under guard to Portsmouth Harbour where he was placed on the convict prison hulk Leviathan. There is no record of him leaving for Australia or any other overseas convict destination.

Some 38 years later there was an unusual obituary in the Southern Times of the 4th December 1858. Reporting the death of Robert Read in the Blandford Workhouse it referred to the Blanchard brothers’ robberies. It claimed that Reed had ‘saved his neck by turning King’s evidence.’  At the time, Robert Read was serving a short sentence in Dorchester Jail for just stealing a cheese.

Today, the name Blanchard can be found in the law firm, Blanchard Bailey LLP. Surely, there cannot be a distant link between this now august legal Blandford institution and the three highwaymen John, Moses and Charles Blanchard? 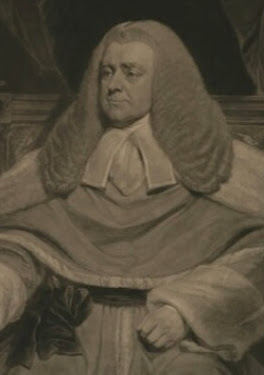