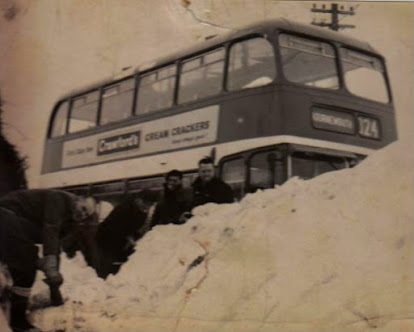 There have been harsh winters since but nothing has quite compared with the Great Freeze of 1962/63. This long cold spell was reckoned to be the most severe in Dorset for two hundred years and the month of January 1963 was the coldest ever recorded.

On the 29th & 30th December 1962, a two day continuous snow blizzard swept across the county. There were massive snow drifts and outlying villages were completely cut off. The River Stour froze over completely at Blandford and for around 15 miles of its length and it remained so for around two months. This enabled both ice skating and ice hockey to take place on the thick ice. While at Poole harbour, even the sea froze over.

While roads were blocked, the Somerset & Dorset railway line and Blandford station still operated. Somehow, the line’s steam locomotives were able to push their way through the snow. At the time, there were proposals to close uneconomic lines like the ‘S & D’. This led to some tongue in cheek pleas from the National Union of Railway and the other rail unions for more snow!

A post office van was lost in a snow drift for three weeks while twins were born in the back of a Blandford ambulance which was unable to get to the hospital in time. As the roads were slowly cleared, it was more like Switzerland with snow walls higher than vehicles on both sides. Only a car’s width channel could be cleared by snow ploughs between massive snow drifts on the Blandford/Salisbury road. This meant passing another vehicle was particularly hazardous. Milk bottles froze with frozen milk apparently growing out the top of bottles. Before the era of central heating, ice collected on the inside of windows. Heating at the time was mainly from coal fires so a fire would be lit in one room leaving the rest of the house unheated. Dressing in an unheated bedroom was never a good experience. Despite the extreme conditions, most school children were still able to attend school. February 1963 was unfortunately marked with more snow arriving.

Finally a thaw set in from the 6th March 1963, but this brought with it the unwelcome prospect of flooding as the snow melted.

(Illustrations: 1 - Double-decker bus struggles from Shaftesbury to Bournemouth during the 1962/63 Great Freeze. 2 - River Stour frozen over. 3 - Frozen milk. 4 - The Royal Mail must get through!) 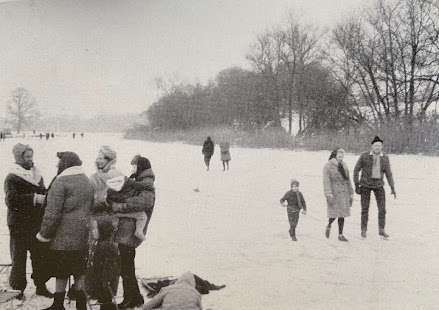 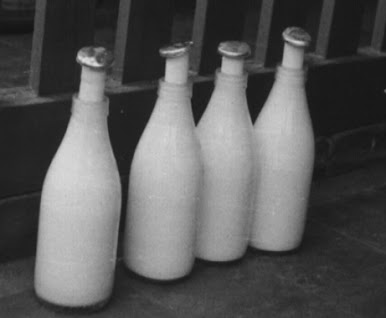 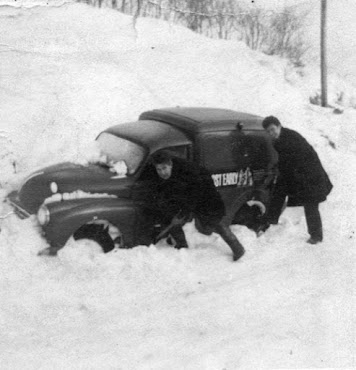