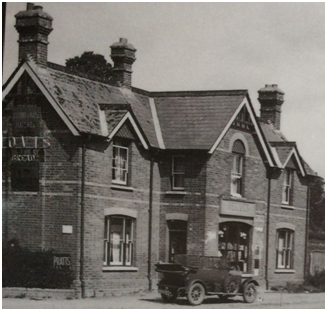 Village cricket in Dorset goes back many years. Dorset County Chronicle reports a cricket match between the villages of Pimperne and Chettle which took place in August 1867. In the 50s and early 1960s, the Pimperne club played at Langbourne on a concrete batting pitch overlaid by matting. Cow pats were a particular hazard as the pitch’s more normal use was for dairy cattle.

If there was one match in the 1960s the Pimperne club was determined to win, it was against a village that it would be politic not to name. Their team, which seemed to consist mainly of members of the same family, were masters of gamesmanship. If Pimperne’s tail end batsman was a youngster, they would collectively seek to undermine his confidence. While the Pimperne scorer had to keep an eagle eye on the recordings of his opponent’s counterpart!

Yet Pimperne in their tussles with this opposition had their own secret weapon…lardy cake. This calorie laden, greasy, fatty delight had a key tactical part to play in this inter-village battle royal. If these opponents were due to take the field after tea then they would be fed extra portions of lardy cake to slow them down. Its main ingredients were large quantities of lard and sugar. Tasting better than it sounded, a complete lardy cake could contain more than 4,000 calories.

Located opposite the Farquarson Arms public house, lardy cake was a speciality produced by Pimperne bakers, Reeves. Indeed, Pimperne Cricket Club gained an excellent reputation for its teas. The club’s umpire, Les ‘leather’ Meaden gave those who turned up for tea, but did not play, the nickname of the ‘tea timers’. However, how Les gained his own nickname is not known.

There was only one occasion when the Pimperne teas were bettered and that was when the village played a friendly match with the Army Catering Corps!