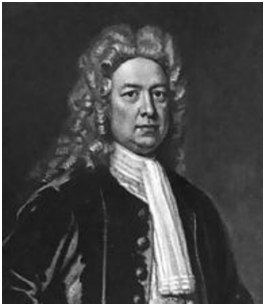 Nicknamed ‘Diamond Pitt’, Thomas Pitt was a clergyman’s son who was born in Blandford St Mary in 1653. During his lifetime, he bought and sold a diamond considered by many to be the most pure and beautiful ever discovered. In 2018, it was valued at £14,000,000. Today, it is on display in the Louvre Museum in Paris. It is known as both the ‘Pitt Diamond’ and also the ‘Regent Diamond’.

The diamond was found by a slave in southern India and he hid it in a large wound in his leg. An English sea captain found out about the diamond and lured the slave onto his vessel. He threw the slave overboard and stole the gem which he sold to a diamond merchant. The seaman later committed suicide. Thomas Pitt, who was the Governor of Madras and a testy character, bought the diamond for £20,400. His son, Robert brought the jewel back to England hidden in the heel of his shoe. The jewel was cut, a process which took two years and cost £5,000. The cut-off fragments fetched around £4,000. By then, Thomas was riddled with gout, constantly quarrelled with his wife and had declared war on the rest of his family remarking ‘hellish confusion that is my family.’ Back in England, he was so fearful he would be robbed of the diamond he never told anyone in advance where he was going and never stayed in the same house more than a single night. It was rumoured that Thomas had stolen the diamond which he strongly refuted by publishing a detailed account of his dealings with the merchant from whom he had said he had bought the diamond.

Initially, Thomas Pitt had some difficulty in finding a buyer. Both the King and the Prince of Wales looked at it but did not buy. Eventually, in 1717, he sold the jewel to Philippe, Duc de l’Orleans, Regent of France for the immense sum at the time of £135,000. Thomas, already a rich man from his trading in India, bought both land and properties with his profits.

The diamond was set in a crown for the coronation of Louis XV and later Marie-Antoinette wore the diamond on a hat. Stolen during the French Revolution, the diamond was later recovered. Napoleon Bonaparte had it placed as a centre piece on his sword. Such was its value that Napoleon raised funds for his campaigns by pledging the diamond to the Dutch.

During World War II, to prevent it being looted by the German Army, the diamond was hidden away in the French countryside.

After what happened to the slave, the sea captain, Marie Antoinette and Napoleon Bonaparte some say that ownership of the ‘Pitt Diamond’ brings the owner bad luck. That, of course, was not Thomas Pitt’s experience. He died in 1726 and two members of the Pitt family later became prime ministers. Thomas Pitt was buried in Blandford St Mary. 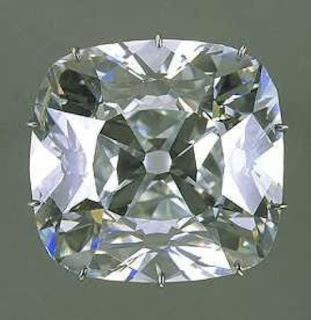