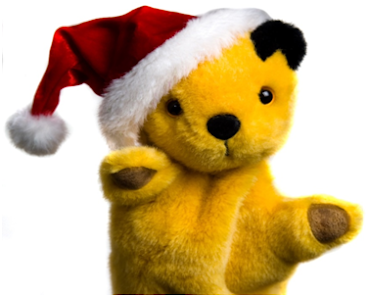 There’s Sooty, Sweep and Soo, who make up the Sooty Show, and Harry Corbett, the Show’s creator, who lived locally for many years in Child Okeford.

Harry Corbett was a Yorkshire man and the nephew of Harry Ramsden who founded a chain of fish & chip shops. Corbett bought the original Sooty glove puppet at the end of a Blackpool pier for seven shillings & sixpence (37.5p). In 2019, a complete set of original Sooty Show puppets would be sold for £3,100. The original bear was yellow but so it could be seen on black and white television it was given a black nose, mouth and ears. The additions gave Sooty his name.  Sooty first appeared on BBC television in 1952 and was such a hit that many series followed. In 1968, the Sooty Show moved to ITV and then in 1975 his son, Peter, stage name Matthew, took over.

It is said that Prime Minister, Harold Wilson wanted to award actor, Harry H Corbett the OBE but due to a bureaucratic blunder it was awarded to Harry Corbett instead. The mistake was rectified by both being given the award. Harry Corbett’s OBE was awarded for his services to charity.

Harry Corbett died in Weymouth in August 1989. His other catchphrase was, of course, ‘Bye bye everybody, bye bye!’