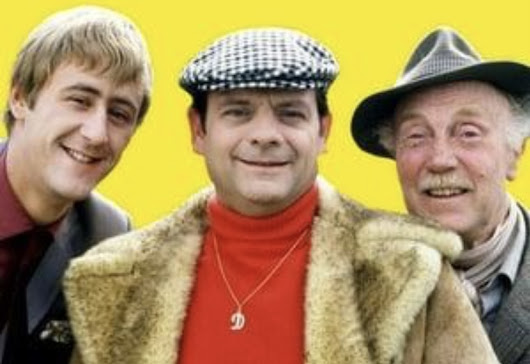 Del boy, Rodney and Grandad, from the comedy series Only Fools & Horses, are normally associated with Peckham, South London. Yet one of their most memorable scenes was filmed at Iwerne Minster in North Dorset. The December 1982 programme ‘A Touch of Glass’ attracted over 10 million television viewers. It is frequently regarded as Only Fools & Horses’ fans favourite scene of the show.

Derek Trotter had been given the job of cleaning a valuable glass chandelier at country mansion, Ridgemore Hall. With Del and Rodney up ladders, and only an old sheet between the priceless chandelier and the floor, it was inevitable something would go wrong. Grandad detached the wrong chandelier and it smashed on the floor. As Grandad queried, ‘Is it very valuable?’ To which Del retorted, ‘Not really. It was bleeding priceless when it was hanging up there, though!’

Ridgemore Hall was in fact Clayesmore School at Iwerne Minster. However, as the school would not allow the floorboards to be pulled up, the scene of granddad unfastening the nut was filmed elsewhere. The smashed chandelier was a prop but it still cost around £6,000 to make. Only one was made, so the scene could be filmed just once. Struggling to suppress their laughter, the cast and crew just managed not to spoil the shot.

Such did Del boy, Rodney and Grandad experience a smashing time in deepest Dorset. 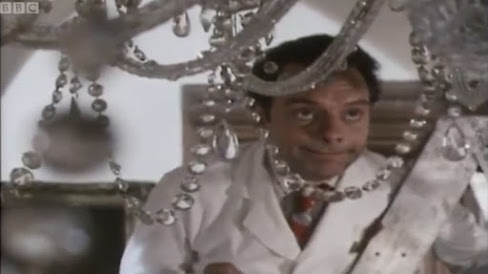 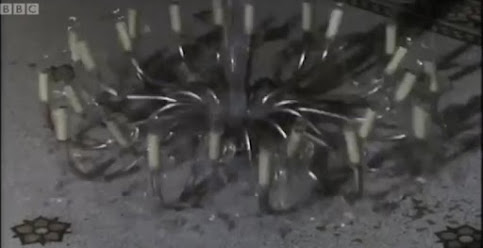