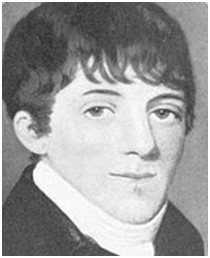 John West is an almost completely forgotten cleric who was the Rector of Chettle from 1828 to 1845. In fact, he is far better known in Canada for his pioneering missionary work than he is remembered in his home country. In the Canadian Calendar of Holy Persons, 31 December each year is John West Commemoration Day.

Yet in the 1830s, he helped many poverty trapped families from the Blandford villages secure a far better life in New South Wales, Australia. Families helped included agricultural labourer, George Butt and his wife, Charlotte and their six children from Winterborne Stickland. Emigrating with them were his brother, Stephen and his wife, Martha from the same village. There were also Samuel and Ann Arnold from Child Okeford and their baby daughter, Sarah Ann. Samuel was a wheelwright by trade and became a successful businessman. His inn which he founded, the Plough & Harrow just outside Sydney is still open for business today.

John West had worked with the Australian landowning Macarthur family to identify suitable North Dorset young families to emigrate. For the times, and known as the Bounty Immigrant Scheme, the terms were both generous and progressive. In return for working for the Macarthurs for a fixed period, there was a free passage, a wage, accommodation and the gift of livestock. The first North Dorset families arrived in Sydney in April 1837. In total, over five years, the Reverend John West helped over 230 people leave in search of a better life.

In Chettle Church, there is a tablet dedicated to the Reverend John West and his wife, Harriett. While on a far grander scale in St John’s Cathedral, Winnepeg, which he founded, there is the John West Hall. Born in 1778 in Farnham, Surrey John West did not have a rugged appearance yet in one frozen Canadian journey he walked 240 miles. Another church in Manitoba has the John West Bell.

John West had been appointed chaplain to the Hudson Bay Company in 1820 where he set up a school for the children of settlers, Indians and those of mixed race. However, he became unpopular with his employer as he was critical of both the liquor and fur trades which were staple businesses for the company. He also shamed some of his congregation into marrying their Native American partners. Much respected by the local Native Americans, he was given by them a small collection of local artefacts. The extremely rare early items are now on display in a Manitoba museum. These were returned to Canada by a descendant of the Chettle clergyman.

John West returned to England in 1824 when he had his contract cancelled as he had upset too many people. He was also responsible for setting up a school for gypsy children in Farnham. Opening in 1847 after his death, it remained in existence for eight years.

John West died in Chettle on 21 December 1845 having survived his wife, Harriett.