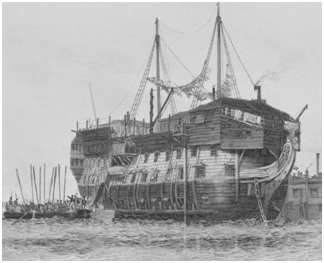 Politics can stir powerfully strong emotions yet nothing since in Blandford has matched the town’s riots of 1831. Back then only those with property could vote so most ordinary men and women were disenfranchised. In North Dorset discontent was heightened by low wages and widespread unemployment among the agricultural labouring poor. Most of the Dorset landowners were against reform although locally Mr Portman at Bryanston was more sympathetic.

Matters rose to a head in October 1831 when following the suicide of the sitting MP, John Calcroft a Dorset by-election was called. Candidate Willian Ponsonby was in favour of reform to which the second candidate, Lord Ashley was opposed. With strong feelings and vested interests on both sides, the battle lines were drawn up.

Richard Bleathman, George Long, William Kent and Thomas Jackson were among a crowd of around 100 waiting in the Market Place for the arrival of the mail coach from Dorchester. This would bring news of the by-election result. Bleathman was 25 years-old, the son of a draper and was born in Sturminster Newton. Reform candidate, William Ponsonby lost by 36 votes but there were 451 votes undecided and rumours circulated that Ashley’s agents had acted corruptly. When the news arrived of their preferred candidate’s defeat, an angry crowd headed for the house of George Moore. The latter had been a political agent of the successful candidate.  The windows of Moore’s property were smashed with stones and Richard Bleathman, according to a servant of Moore, stepped through a broken window tearing up the papers that he had found. Someone shouted out ‘the bald-headed wretch shall not pass over Blandford Bridge alive again!’ The offices of Moore and Septimus Smith, both lawyers, were ransacked and torn papers thrown into the street. Many old Blandford records were lost and some others that were recovered were stained with horse manure.

A letter was sent to Sir John Smith, a magistrate, asking him to come to read the Riot Act. The letter claimed the houses of Messrs Moore, Smith and Childs were nearly demolished and the rioters were now demolishing Mr Houliston’s house. It was said the windows were broken of almost everyone who had opposed reform in Blandford.

Local landowner Mr Portman, who had a degree of respect among the rioters, eventually addressed them and they finally dispersed.

Bleathman, Long, Kent and Jackson were all arrested and at Dorset Assizes were indicted of having ‘riotously assembled together in the town of Blandford Forum and began to demolish and destroy the house of Mr George Moore of Blandford.’ John Rutter from Shaftesbury was the prisoners’ attorney. In contrast with the case made against Bleathman and Long, the prosecutor did not present cases against Kent and Jackson. Presiding Judge Gaselee summed up and on 10th March 1832 the jury found Richard Bleathman and George Long guilty. Cases against Kent and Jackson were considered not proven.  The’ learned judge in an impressive manner, passed sentence of death upon them leaving no hopes of mercy.’ He was certainly influenced by both Bleathman and Long being involved in other disturbances prior to the day the by-election result was declared. The Evening Mail of 19th March 1832 reported ‘the prisoners were dreadfully affected.’

Two petitions for clemency were submitted by the people of Sturminster Newton. The first was signed by 580 people and the second by 89.

Despite the pronouncement of the judge that there would be no mercy shown, and that the law had to take its course, in May 1832 their sentences were commuted to transportation for life. Originally, they had been scheduled to be hanged at Dorchester Jail on 31st March 1832. Following this decision, Richard Bleathman and George Long were transferred from Dorchester Jail to Plymouth to await a transport vessel to take them to Van Diemen’s Land.

On 14th October 1832, both Richard Bleathman and George Long joined the Newcastle built vessel, Circassian for its 125 day voyage to Van Diemen’s Land. Seventeen of the 192 convicts on board had been sentenced to transportation for life. On board were five other convicts who had also been convicted at the Dorset Assizes.

Master of the Circassian was George Douthwaite while the ship’s surgeon was William Porteous. Docking in Hobart was delayed when there was a cholera outbreak on board and the vessel had to be placed in quarantine. Four convicts and two crew members died before the Circassian was allowed to berth. George Douthwaite was to lose this vessel returning to England when it became stuck on a sandbank off the coast of India. It could not be refloated and eventually broke up in heavy seas. Ship’s surgeon, Wiliam Porteous was even more unfortunate as he lost his life when the vessel on which he was travelling back to England sank in a storm at Cape Horn off the south coast of South America.

A local Hobart newspaper reported on the Circassian’s arrival commenting that its convicts appeared to be generally useful and able-bodied and had been distributed among the settlers. In August 1844, and despite being sentenced to transportation for life, the Lieutenant Governor recommended that Richard Bleathman should be granted a conditional pardon.

The year of his pardon, Richard Bleathman married 24 year-old Catherine Cassidy, a former convict, from Antrim in Ireland. They had five children and lived at Brighton in the south of Van Diemen’s Land, now Tasmania. He later married again, Ann another former convict, and they had a further seven sons.  Not surprisingly today, there are many descendants of Richard living in Australia. One is Ria Bleathman, a company director and cold water swimmer. Recently she spoke proudly of her Dorset ancestor.

‘My father’s ancestor was one of the so-called Dorset rioters and transported as a rioter in the 1830s for the term of his natural life. He was effectively a “political prisoner” and therefore convict royalty.’