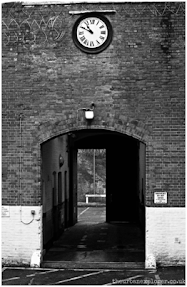 Politics can stir powerful feelings and nothing since, not even Brexit, has quite matched the raw emotion and riots in Blandford after the declaration of the 1831 Dorset by-election result.

Blandford born George Long, aged 23 and unmarried, was judged to be the rioter leader. There were two candidates in the by-election, the Lord Ashley and William Ponsonby. George Long was a supporter of the latter. At the time the parliamentary system was quite corrupt. Lord Ashley’s expenses show he paid for accommodation and drinks in twelve Dorchester public houses in addition to the King’s Arms where he was staying. No doubt William Ponsonby offered similar hospitality to his supporters. Entitlement to vote was mainly limited to the landed gentry and the clergy. While, for example, Shaftesbury had two MPs the large city of Birmingham had none. Ponsonby wanted parliamentary reform while Ashley’s desire was to preserve the status quo.

George Long was among a crowd of about one hundred who were waiting anxiously outside the Crown Hotel on 17th October 1831 for the arrival of the Dorchester mail coach. This would bring the by-election result. Reform candidate William Ponsonby had lost by just 36 votes although 451 votes, mainly for Ponsonby, had been disallowed.

Led by George Long, an angry crowd made their way to the house of lawyer George Moore in Salisbury Street. It was claimed Moore had used confidential client information to disqualify some Ponsonby supporters from voting. Long shouted out, ‘come on my brave boys’ and another cried out, ‘the bald-headed wretch (Moore) shall not pass over Blandford Bridge again!’ Windows in the lawyer’s house were broken and a rioter stepped through a broken window and started to tear up papers he had found. Deeds, wills and law books were thrown into the street. Many old Blandford documents were lost while others that were recovered were found stained in horse manure. A wall and greenhouse were destroyed. Rioting continued throughout the evening and it was said there was hardly a Lord Ashley supporter in the town that did not have a broken window. George Long and three others were arrested by the military and placed in the Greyhound Inn overnight. The next day they were transferred to Dorchester Jail. To be continued.