Blandford Street - champagne at £350 a bottle! 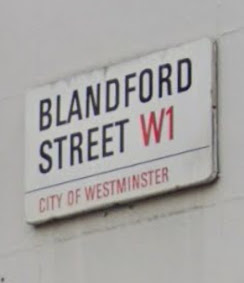 London’s Blandford Street can be found just off Marylebone High Street. The latter was once described as the ‘best street in London.’ Nearby are Shroton Street, Bryanston Street and Durweston Mews. So why are there so many North Dorset street names in such a select part of the capital where a small apartment can cost several million pounds? The reason is due to the Portman family. The family acquired land in Marylebone in the 16th century and then bought an estate in Bryanston in the 1680s.

Edward Berkeley Portman was the first Viscount Portman (1799-1888) and he served as a Member of Parliament for both Dorset and Marylebone. In 1827, he married Emma Lascelles who became a Lady in Waiting and close confidante of Queen Victoria and keeper of her close secrets.

The Portman family benefitted from the growth of London onto agricultural land which they owned north of Oxford Street. They also benefitted from the effects of leases coming to an end which saw the estate’s income increase ten-fold. This resulted in a decision to build a new grand house at Bryanston into which the family moved in 1897.

Sadly for the family, the Bryanston mansion became uneconomic so it was sold between the wars to become Bryanston School. Between 1919 and 1948, the land owning family was forced to sell all their West Country properties, totalling over 30,000 acres, to pay death duties. At one time, Pimperne was part of the Portman Estate. On the last Friday in May 1924 and inside the Corn Exchange, Blandford, practically the entire village of Pimperne came under the auctioneer’s hammer. That afternoon, some 500 prospective purchasers packed into the hall.

In 1950, the remaining 3,800 acre Dorset estate was handed over to the Inland Revenue in part settlement of £7.5 million death duties. The following year, the northern part of the London estate was sold. Today, the Portman Estate consists of around 110 acres of prime real estate in Central London. Located between Oxford Street and extending north towards Marylebone Road, the estate is held in a trust.

Now, in Blandford Street, Marylebone you can dine in the smart Blandford Comptoir restaurant. Best, however not to order champagne at up to £350 per bottle! 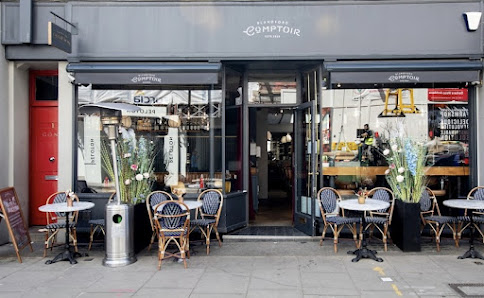